Welcome to the world of Dboy Productions & the Deningskye Theatre! 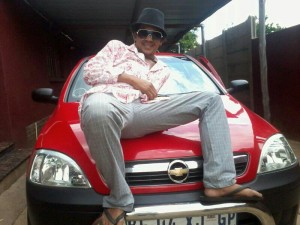 41 year old actor, presenter, voice – artist, copywriter, producer and director, Denver Vraagom, has been involved in the entertainment industry, since 1993. (Indirectly since 1986).

What an amazing journey it has been. Television, film, radio, stage and stunts. He will be remembered for parts such as JAKES in EGOLI, SHELDON in 7de LAAN, Emile Williams in MONTANA and cameo parts in SCANDAL, BACKSTAGE, BINNELANDERS and a lead character, ZANE in the controversial mini series, AFTER 9. Most recently, he was seen in ERFSONDES, as Preston Vraagom.

On the big screen people will remember him from films such as LIEFLING – Die Movie, Mr BONES 2, POENA IS KONING, Monsieur N and the German movie, Der Kranichman and recently he shot HIS MAJESTY’s BUILDING for Mzansi TV. 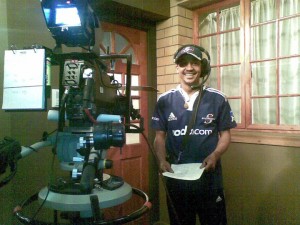 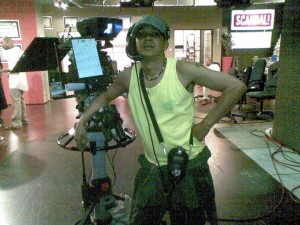 At the end of 2009, he directed Mulan, jr at Promusica. Last year he was seen in the stage play “ DRAADWERK”, portraying the late KOOS MALGAS, who made all the sculptures for the eccentric, Helen Martins, at THE OWL HOUSE in Nieu Bethesda. 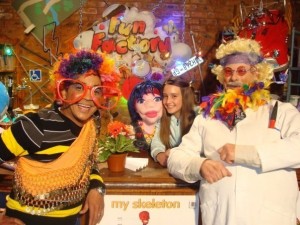 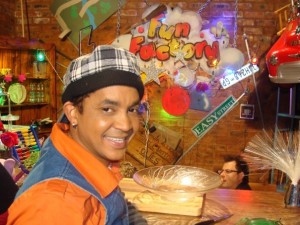 Currently he can be heard in a radio soap for SAfm, called Radio Vuka as well as DOOLHOF on RSG.

He can also be seen in various TV advertisements such as VODACOM, Cambridge Food Stores, RAM Couriers and, alongside his wife (Ingrid Paulus) in an infomercial for ASSUPOL.

He is currently touring with his one man show, Deconstructing Denise. 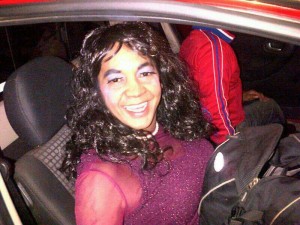